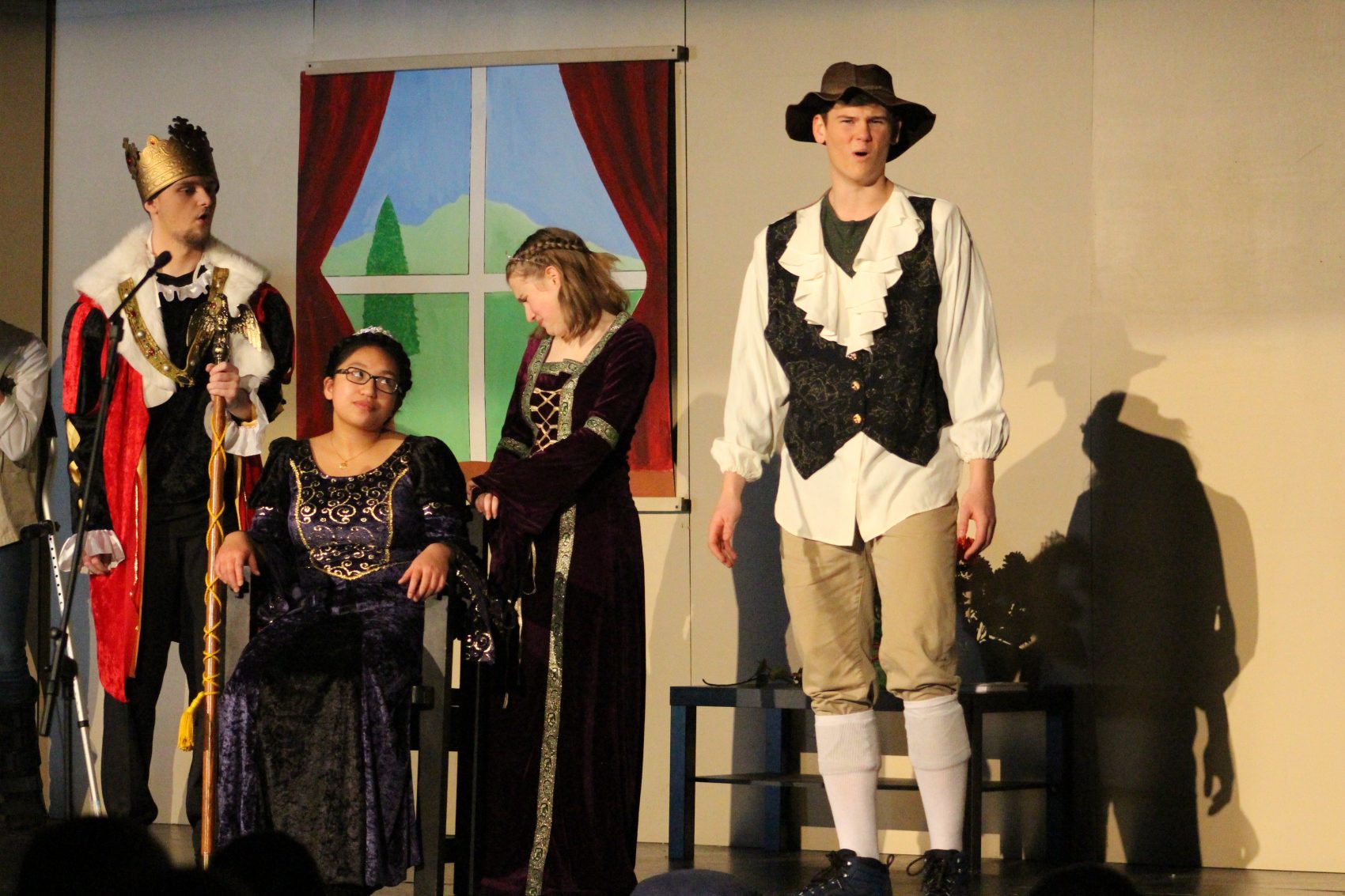 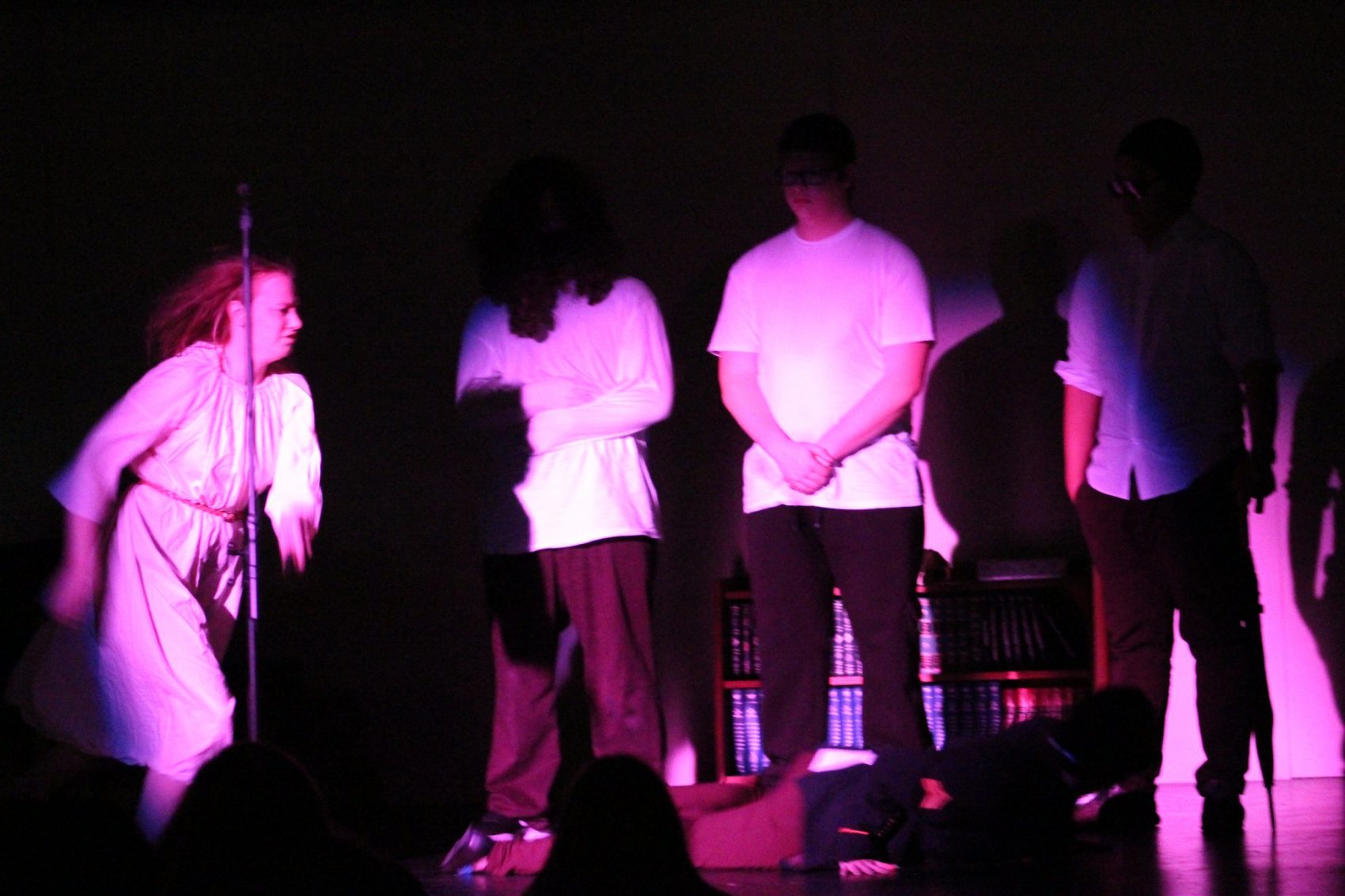 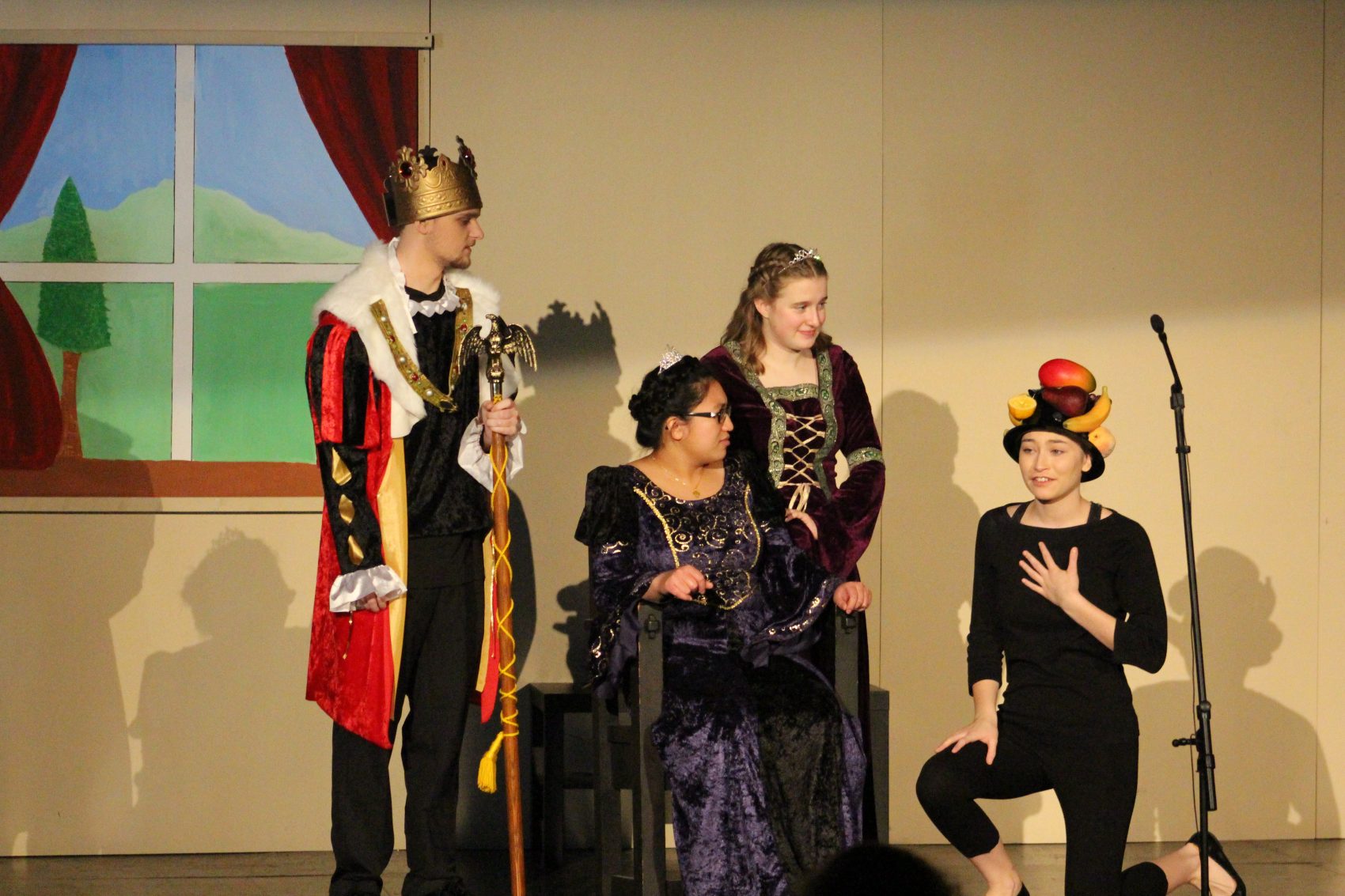 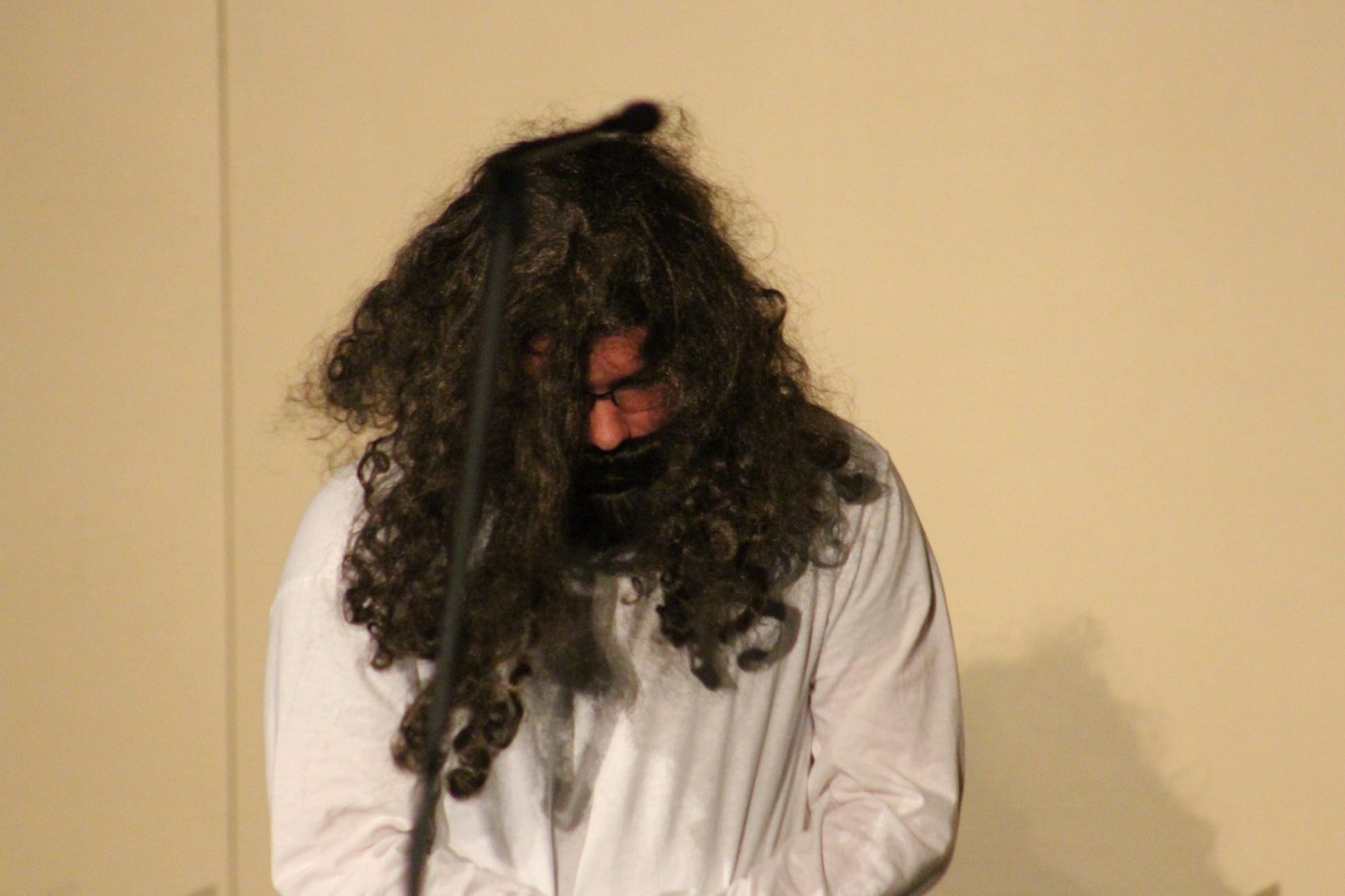 Drama at ELHS offers students the chance to perform in plays and musicals on stage. Plays, children’s theater, and musicals are offered on a rotating basis with one to two productions staged each year. Stage roles are awarded by audition. Students can get involved with set construction, make-up, costuming, sound, lighting, and musician roles.

Run to the Roundhouse, Nellie! He Can’t Corner You There!

Nellie is a good hand with a locomotive, but not much at catching the eye of her true love, rancher Sterling Worth.  But Sterling is having his problems because villainous Hugo Swindle has discovered oil on the ranch and is attempting to take over the property.  Nellie learns of the truth, but Hugo will stop at nothing to achieve his evil goal!  He pursues Nellie, who tries to escape (to the roundhouse, of course), but Hugo captures her, and she is tied to the railroad tracks.  Just as a train comes thundering down on helpless Nell, Sterling appears, defeats the villain and saves the day.  Our hero then sees Nellie’s true beauty for the first time, and they join in a warm embrace.

When word gets out that the notorious outlaw Billy Black is returning to Dodgeball City, the fleet-footed Sheriff Fizzle heads for the hills. How will the townspeople find a new sheriff before Billy shows up, guns blazing? Simple. Appoint the next person who walks through the door of the saloon (where only sarsaparilla is served). Unfortunately, that person turns out to be Lester McChester, encyclopedia salesman. Can meek and mild Lester stop Billy? Will he even try? Or will he merely ’throw the book’ at him? Find out in this Western comedy that proves the power of words in witty, hilarious fashion! 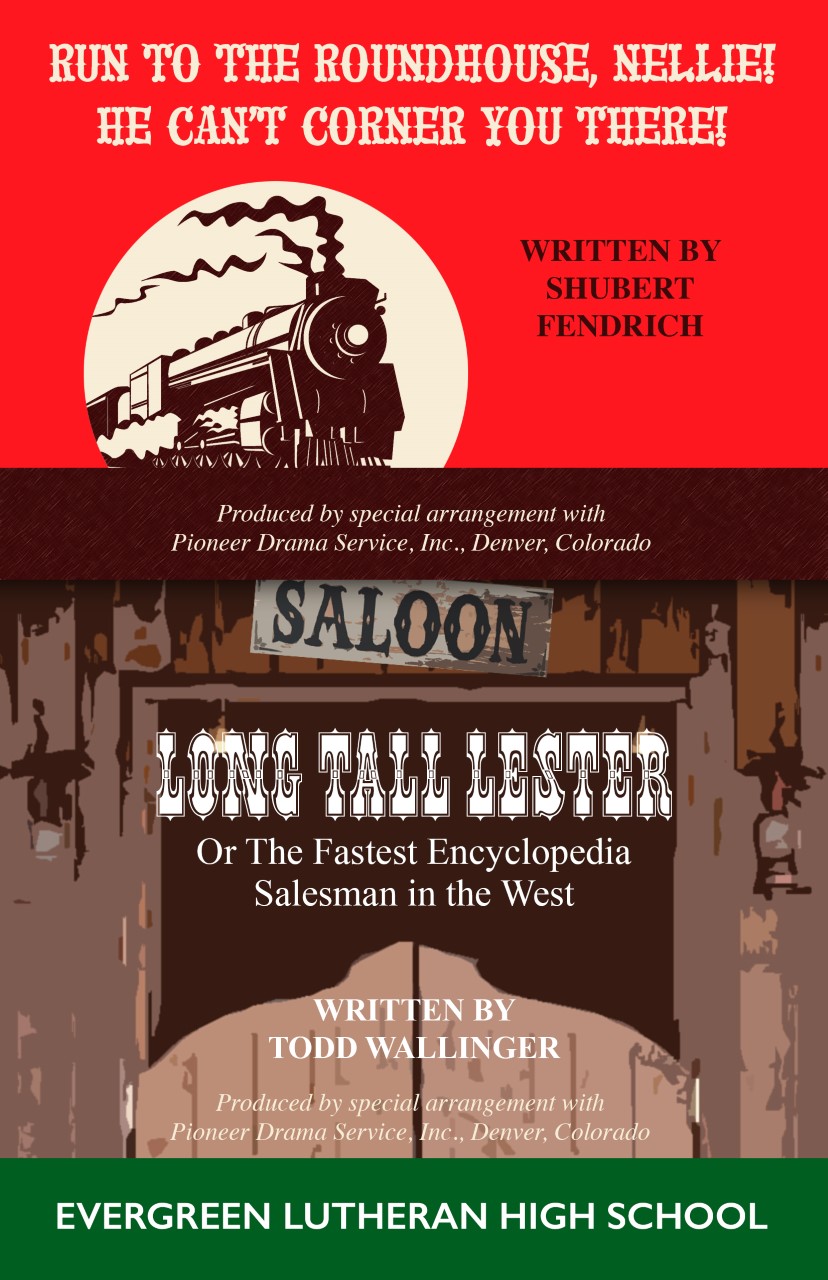 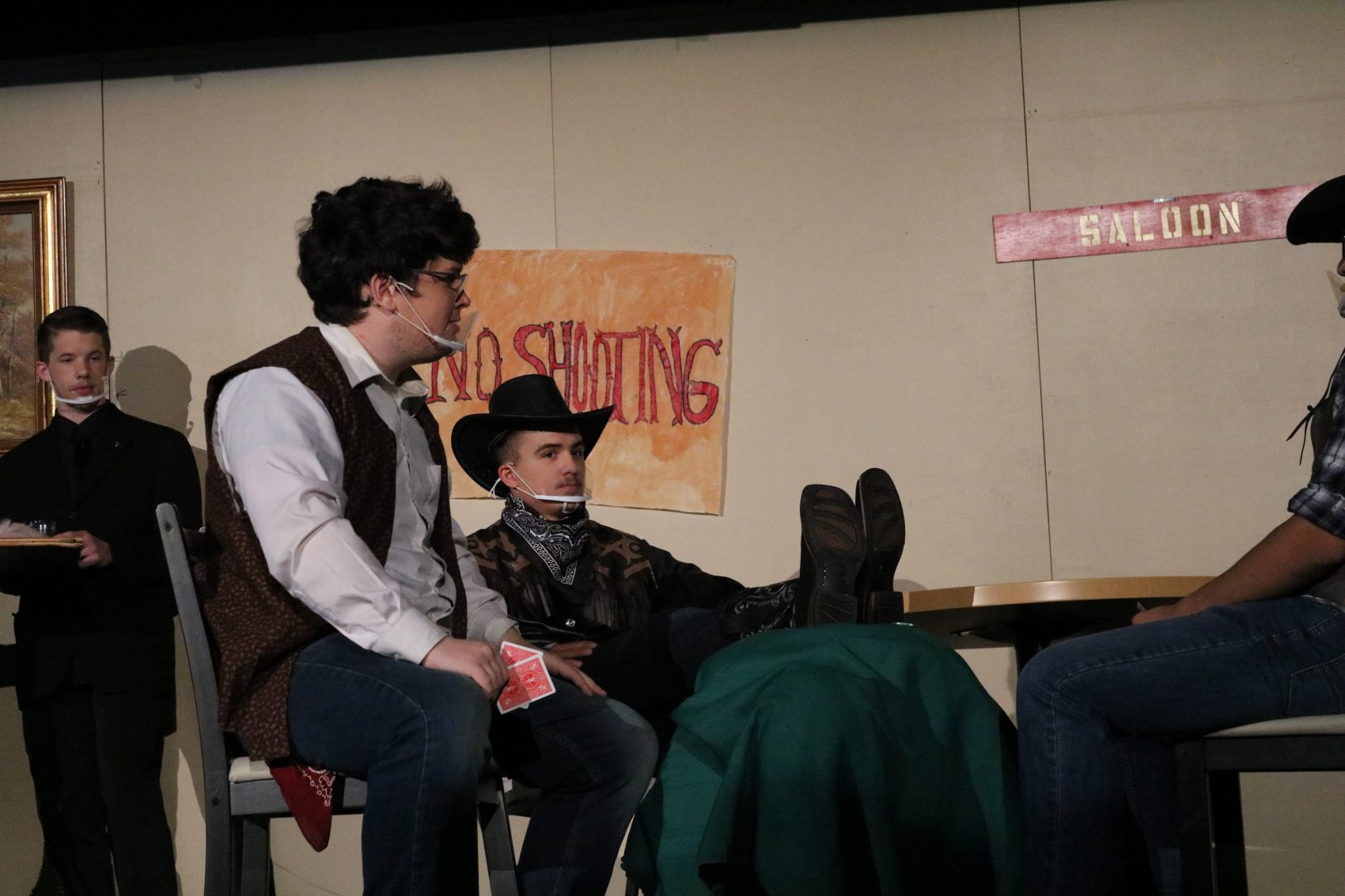 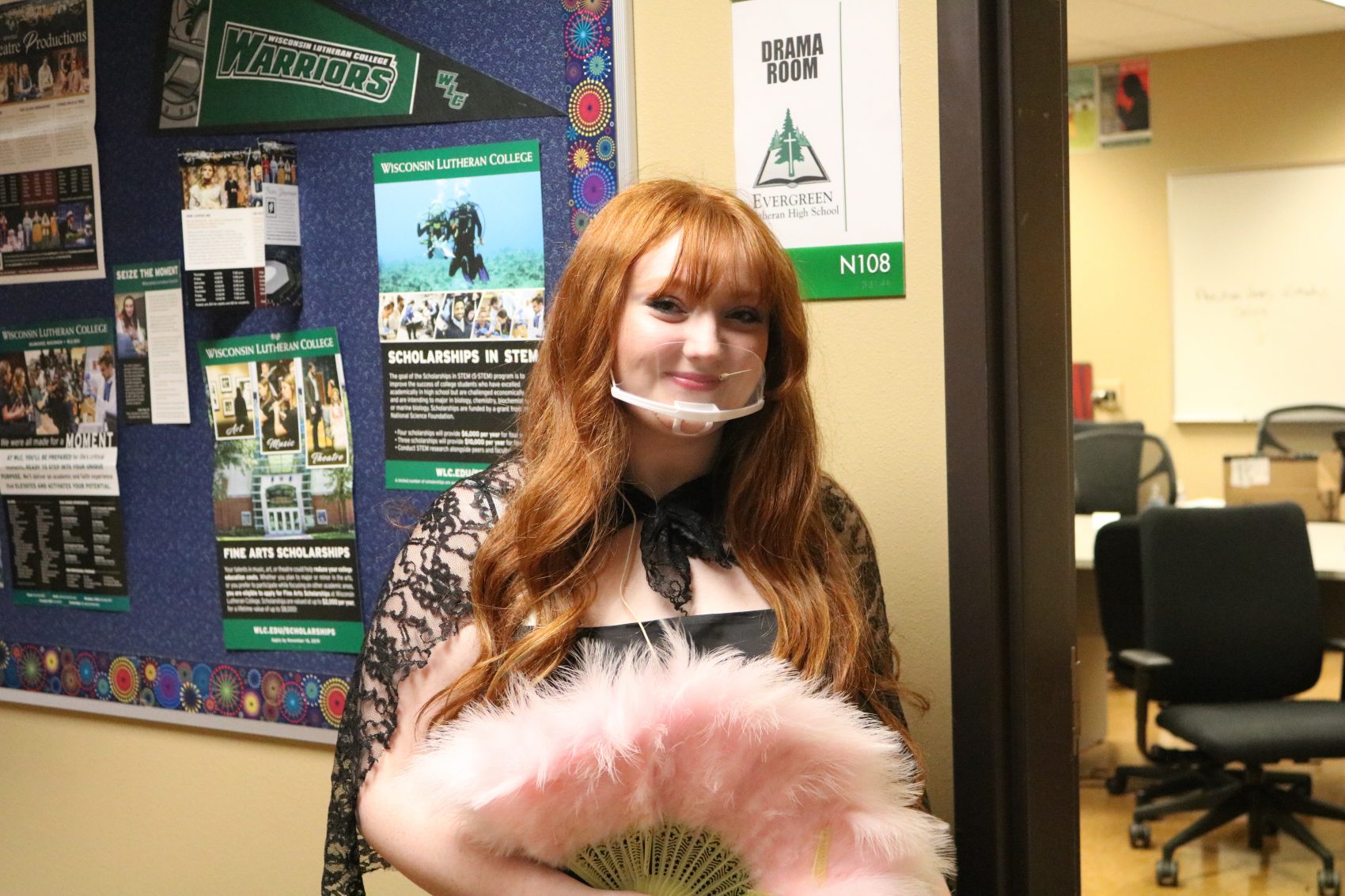 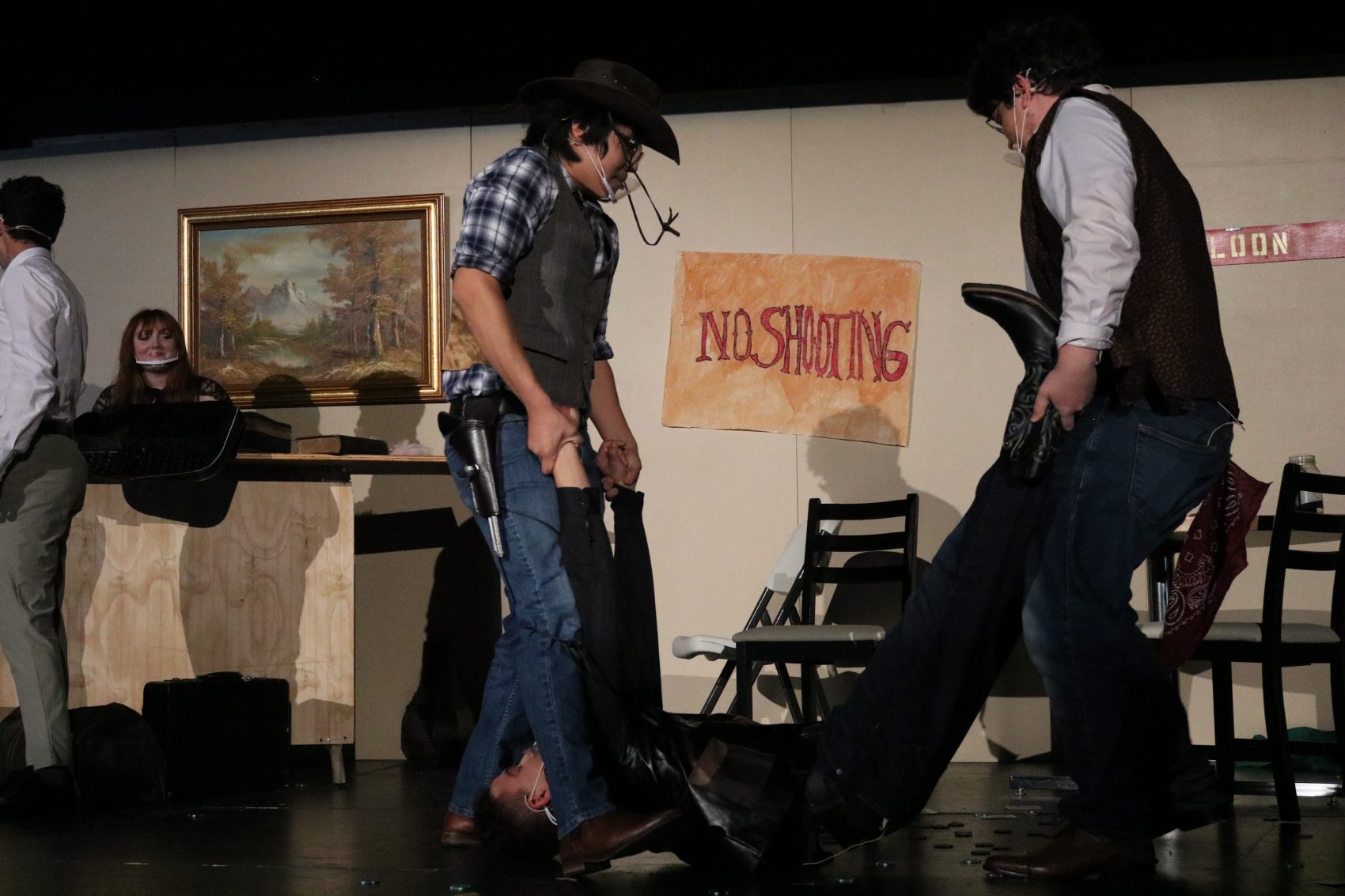 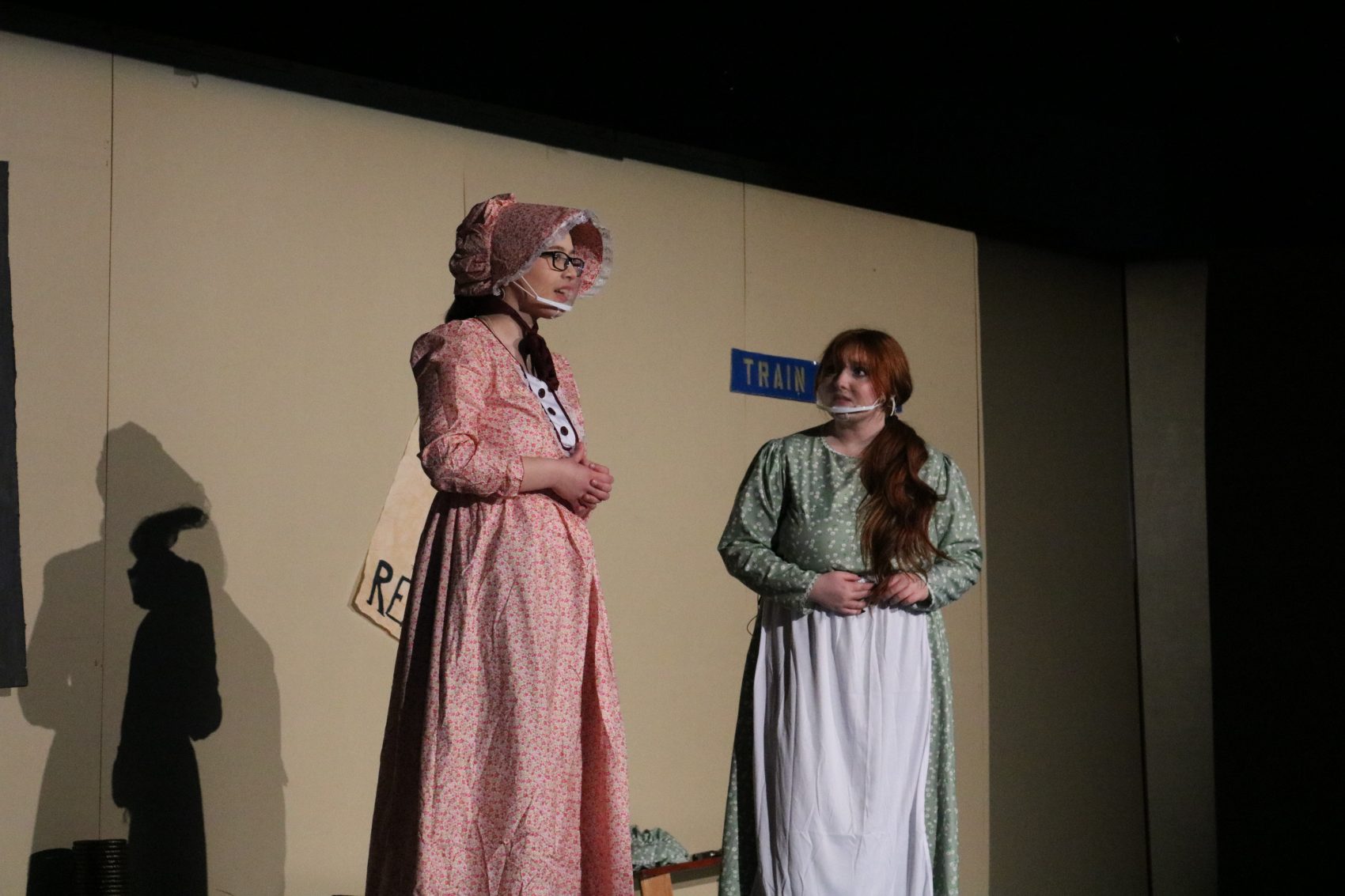 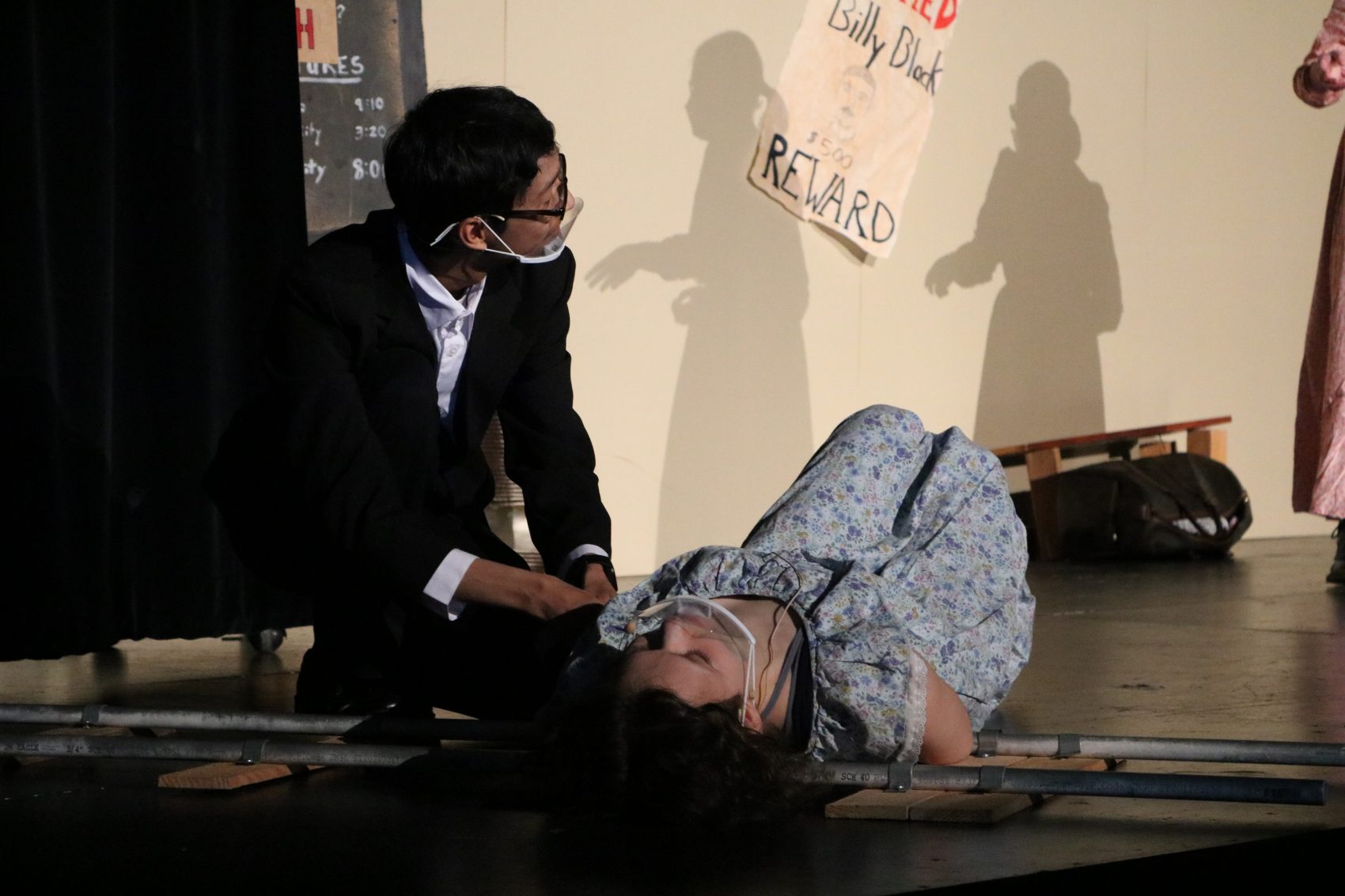 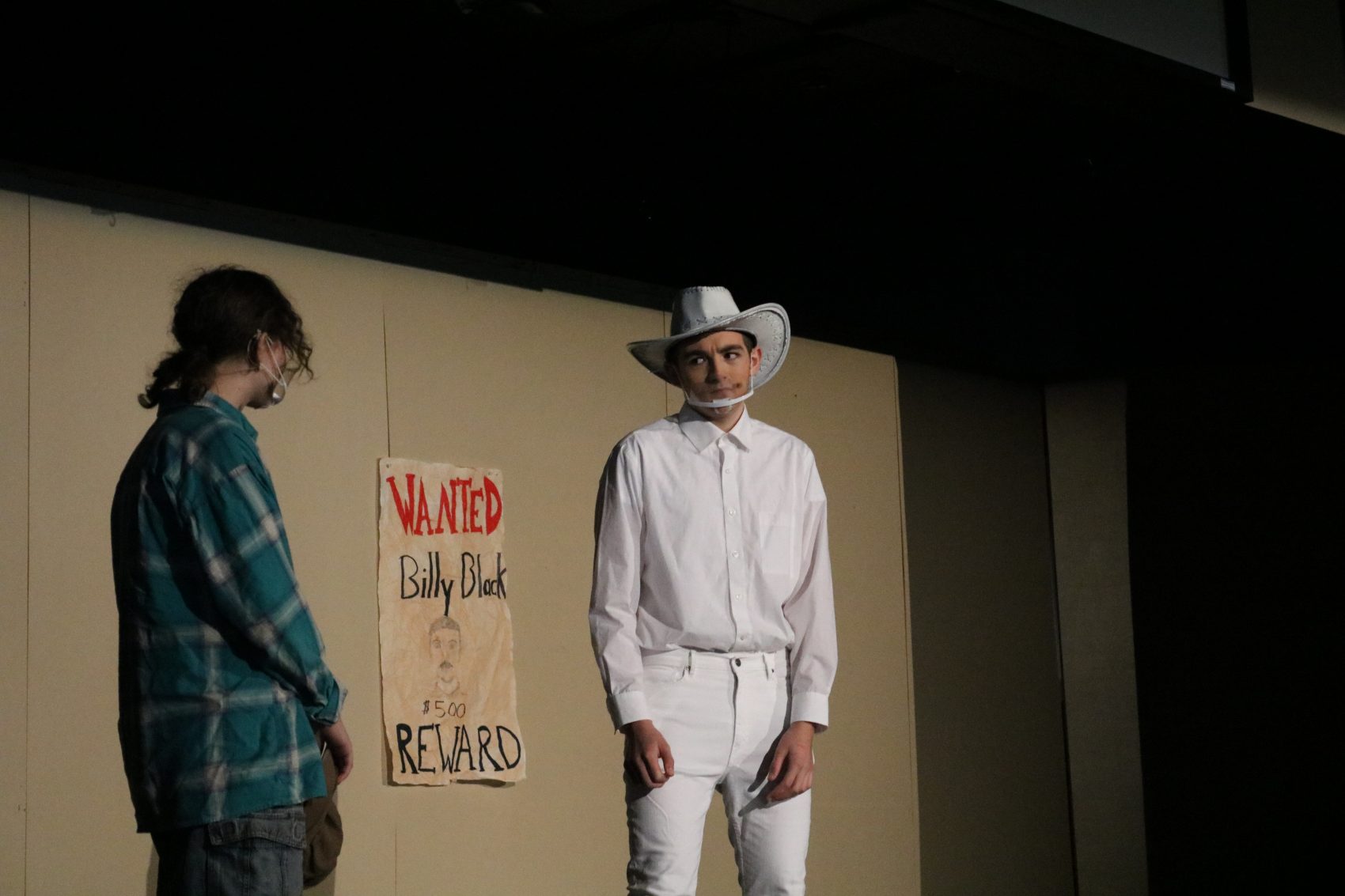 If you would like to help support our Drama Program you may use the form below or contact the office at 253-946-4488 | email@elhs.org. 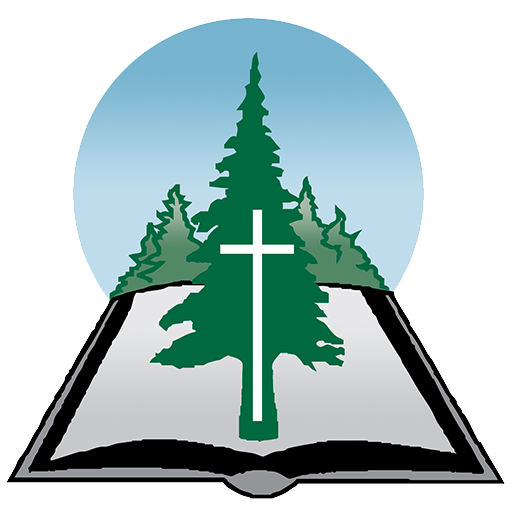